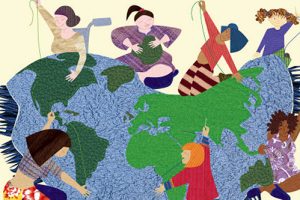 Canadian Woman Studies: An Introductory Reader, 3rd Revised and Updated Edition, brings together articles on themes and topics at the forefront of feminist inquiry and research. Compiled of articles previously published in one of Canada’s oldest feminist journals, Canadian Woman Studies/les cahiers de la femme (CWS/cf), it offers a unique and historical perspective of feminism as well as provides an excellent introduction to feminist thought in Canada.

This volume has been revised and updated to consider some of the changes that we have witnessed in Canada and elsewhere in the world since the publication of the best-selling first edition in 1999, and second edition in 2006. Recognizing the growing significance of Canadian feminist scholarship, this revised and updated third edition aims to situate Canada within a broader, transnational context. Contents of the third edition, like the second edition, were determined through extensive consultations with university professors using the second edition in their classes. Articles consider the regional, urban, rural, linguistic, demographic and ethnic differences within the nation, as well as the ways women in Canada are impacted by various global factors. Sections include: Feminist Perspectives; Herstories; Work/Economy; Policy; Violence; Representation; Health; Activism and Resistance. 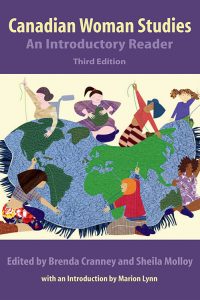 1 From Riot Grrrl to Radical: Reflections from a Working-Class Feminist by Gina Whitfield

2 Feminism & Multiculturalism in Quebec: An / Other Perspective by Dolores Chew

6 Alternative Altars: Beyond Patriarchy and Priesthood and Towards Inclusive Spirituality, Governance and Activism Among Catholic Women Religious in Ontario by Christine Gervais

7 Reclaiming Our Spirituality: A Pedagogical Tool for Feminism and Activism by Njoki Nathani Wane

1 It’s Time for Change! The World March of Women 2000 by Pam Kapoor

3 Remaking Waves: The Québec Women’s Movement in the 1950s and1960s by Cheryl Gosselin

5 “We’re Here, Standing at the Shoreline”: Sylvia Hamilton’s Intervention in the Nova Scotian Discourse of Belonging and Multicultural Citizenship by Sharon Morgan Beckford

6 “Los Desaparecidos”: The Madres of the Plaza de Mayo and the Reframing of the Victims by H. M. Fraser

7 What Women Need Now from Police and Prosecutors: 35 Years of Working to Improve the Police Response for Women Escaping Male Violence by Louisa Russell

9 The Canadian Disabled Women’s Movement: From Where Have We Come (possible to update) by Pat Israel and Fra Odette

1 “With the Appropriate Qualifications”: Aboriginal People and Employment Equity by Patti Doyle-Bedwell

2 Organizing on the “Factory of Wheels”: The Bus Riders’ Union and Anti-Racist Feminism for the 21st Century by Fiona Jeffries

3 On Being A Feminist Farmer by Jennifer deGroot

4 Strangers in an Estranged World: Two Radical Feminists in the Academy by Geneviéve Pagé and Ève-Marie Lampron

1 Women and the Canadian Legal System: Examining Situations of Hyper-Responsibility by CAEFS / NWAC

2 Welfare Policy: A Critical Site of Struggle for Women’s Safety by Janet Mosher and Pat Evans

4 Arbitration and Family Laws: Muslim Women Campaign to Eliminate the Use of Religious Laws in Legally-Binding Arbitration by Alia Hogben

5 Consent and Coercion in the Law of Rape in South Africa: A Feminist Transformative Approach by Shereen W. Mills

1 Commemoration for the Montreal Massacre Victims by Ursula Franklin

2 Breaking the Silence: Reclaiming Qur’anic Interpretations as a Tool for Empowerment and Liberatory Praxis for Dealing with Domestic Violence in Canadian Muslim Communities by Sabra Desai and Zehra Haffajee

3 Moving Beyond Rape as a “Weapon of War”: An Exploration of Militarized Masculinity and its Consequences by Caitlin Maxwell

4 Stolen Sisters: A Human Rights Response to Discrimination and Violence Against Indigenous Women in Canada by Amnesty International

6 Homophobic Sexist Violence in Canada: Trends in the Experiences of Lesbian and Bisexual Women in Canada by Ellen Faulkner

1 Erasing Race: The Story of Reena Virk by Yasmin Jiwani

3 Simpering Outrage During an “Epidemic” of Fetal Alcohol Syndrome by Caroline L. Tait

5 Nunavut: Whose Homeland, Whose Voices? by Isabel Altamirano-Jiménez

6 N’tacinowin inna nah’: Our Coming In Stories by Alex Wilson

7 No Woman Left Covered: Unveiling and  the Politics of Liberation in Multi/interculturalism by Tanisha Ramachandran

1 Feminist Perspectives on Breast Cancer, Environment Health and Primary Prevention: The Case for the Precautionary Principle by Dorothy Goldin Rosenberg

3 Traditional Healing and Spirituality among Grenadian Women: A Source of Resistance and Empowerment by Patsy Sutherland

2 Advocacy, Activism and Social Change for Women in Prison by Kim Pate

3 Out of Canada: The Pedagogy of Transnational Feminist Activism by Debbie Lunny

Brenda Cranney has a Ph.D. in in Sociology from York University and has worked extensively on a variety of women’s issues with numerous NGOs in Canada and India. A scholar, activist, and photographer, she continues to be active in a number of women’s organization and has taught at York University, George Brown and Humber College. She is the author of Local Environment and Lived Experience: The Mountain Women of Himachal Pradesh.

Sheila Molloy has been interested in international feminist issues for many years. She has been involved in women’s centres in her neighbourhood, and has a background in public and intergovernmental organizations in the area of education. She speaks and reads English and

French, having worked in bilingual environments. She is a long-time supporter of women and a feminist and is an active member of Women for a Just and Healthy Planet. 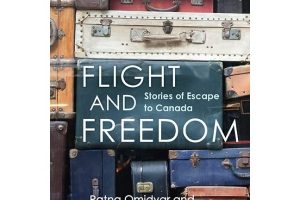 Stories of Escape to Canada

The global number of people currently displaced from their home country—more than 50 million—is higher than at any time since World War II. Yet in recent years Canada has deported, denied, and diverted countless refugees. Is Canada a safe haven for refugees or a closed door?

In Flight and Freedom, Ratna Omidvar and Dana Wagner present a collection of thirty astonishing interviews with refugees, their descendants, or their loved ones to document their extraordinary, and sometimes harrowing, journeys of flight. The stories span two centuries of refugee experiences in Canada: from the War of 1812—where an escaped slave and her infant daughter flee the United States to start a new life in Halifax—to the War in Afghanistan—where asylum seekers collide with state scrutiny and face the challenges of resettlement. 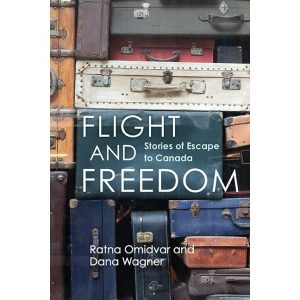 Ratna Omidvar was born in India. She moved to Iran in 1975 to start life there with her Iranian partner. In 1981 she and her family (including an infant daughter) fled Iran and found a new home in Canada. Her own experience of flight to freedom have been the foundation of her work. She has focused on articulating pathways to inclusion for immigrants and visible minorities in host societies, both in Canada and globally. Ratna is both a Member of the Order of Canada and Order of Ontario.

Dana Wagner is Senior Research Associate at the Global Diversity Exchange leading the Hire Immigrants and Flight and Freedom programs. Her writing has appeared in The Atlantic, the Globe and Mail, and The National Post. She blogs for The Huffington Post. 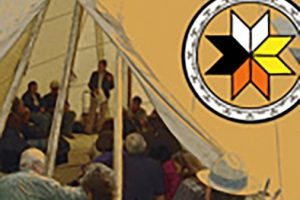 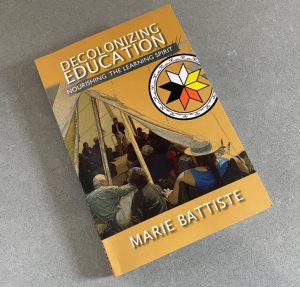 Drawing on treaties, international law, the work of other Indigenous scholars, and especially personal experiences, Marie Battiste documents the nature of Eurocentric models of education, and their devastating impacts on Indigenous knowledge. Chronicling the negative consequences of forced assimilation and the failure of current educational policies to bolster the social and economic conditions of Aboriginal populations, Battiste proposes a new model of education. She argues that the preservation of Aboriginal knowledge is an Aboriginal right and a right preserved by the many treaties with First Nations. Current educational policies must undergo substantive reform. Central to this process is the rejection of the racism inherent to colonial systems of education, and the repositioning of Indigenous humanities, sciences, and languages as vital fields of knowledge. Battiste suggests the urgency for this reform lies in the social, technological, and economic challenges facing society today, and the need for a revitalized knowledge system which incorporates both Indigenous and Eurocentric thinking. The new model she advocates is based on her experiences growing up in a Mi’kmaw community, and the decades she has spent as a teacher, activist, and university scholar.

Chapter 2
The Legacy of Forced Assimilative Education for Indigenous Peoples

Dr. Marie Battiste is a Mi’kmaq from Unama’kik (Cape Brenton, Nova Scotia), and a graduate of Harvard and Stanford. She is a professor in the Department of Educational Foundations, and Academic Director or the Aboriginal Education Research Centre, both at the University of Saskatchewan, and a United Nations technical expert on the guidelines for protecting Indigenous heritage. She is the editor of several books including First Nations Education in Canada and Reclaiming Indigenous Voice and Vision.

Welcome to WordPress. This is your first post. Edit or delete it, then start writing!